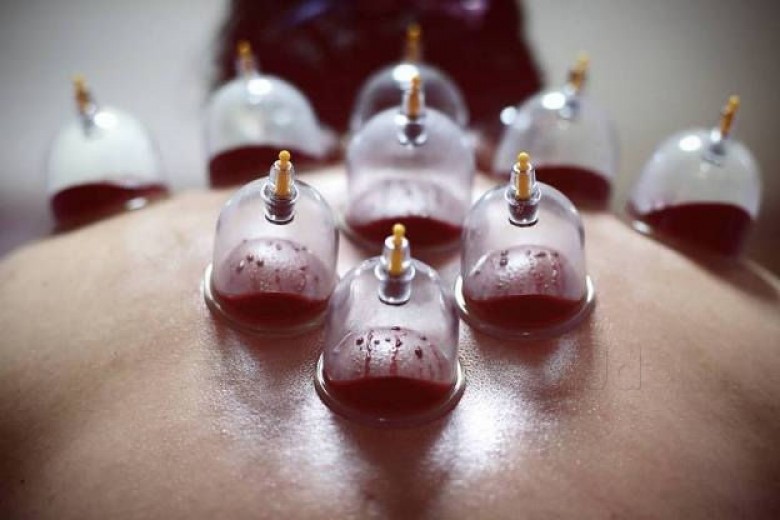 Hijama can be performed almost anywhere on the body, often at the site of an ache or pain in order to ease or alleviate it. A more conservative approach warns against overuse of cupping and suggests that six optimal points on the body are all that is required to "clean" the entire cardiovascular system. The location is first shaved, if necessary, to ensure a tight seal with the cup. The mouth of a cup (metal, glass and plastic cups are generally used, although traditionally horns were used) is placed on the skin at the site chosen for hijama. A tight seal is then created. The traditional method is to burn a small piece of paper or cotton inside the vessel, so that the mouth of the cup clings to the skin. Some practitioners now use a machine instead of the manual cups.

Some practitioners still strictly adhere to the Prophetic method with the use of fire, both for sterility and the benefits or properties from the element of fire itself that may be present. An additional reason to use fire to create the vacuum in the cup is that there is no danger of pumping out too much blood (as might occur mechanically). Drawing out more blood is not necessarily better for the patient. The cup is left to cling to the skin for a few minutes, then it is lifted off and several very small incisions are made in the skin. The cup is then put back as it was before until the flow of blood subsides. Hijama is considered a form of energy medicine because it has been claimed to "unclog" purported meridians in the body, and is viewed by some practitioners as a cure for black magic and possession. According to hadith, adhering to certain rules such as hijama being done on odd numbered days, during the last half of the lunar calendar, during the warmer months of the year, and never on Wednesdays and Saturdays, will make the therapy more effective.